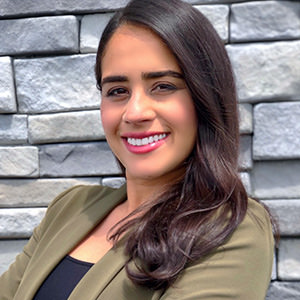 After deciding to pursue a legal career, Ms. Ramos attended and received her Juris Doctor from the Pontifical Catholic University in Ponce, Puerto Rico. While in law school, she interned at the Legislative Assembly of Puerto Rico, where she drafted bills of law addressing commerce and consumer matters. After being admitted to the Puerto Rico Bar, Ms. Ramos became a licensed attorney in Florida as well.

Prior to joining The Law Offices of Dennis J. Szafran, she was an associate attorney at a local bankruptcy firm. Ms. Ramos is fluent in both English and Spanish.

“Dennis is one of the brightest young probate/wills/trusts attorneys I know. Great demeanor, great courtroom presence and…most importantly…he knows his stuff very well. The next time I find myself in the need for a probate attorney, I will call Mr. Szafran.”
- JEFF N.

“Extremely efficient and professional!! Worked with Dennis on a probate matter where his client was selling a property to close out probate. Not only did he provide all of the required preliminary documents to shorten the time it would take to close, he also responded very quickly when other documents were required. I got the impression that he doesn’t like to waste time to avoid having to charge his clients extra. I found this outlook on client service to be refreshing in a transaction l...

“I am a personal injury attorney and I not only use Dennis Szafran for my probate and planning needs but refer him, my clients, as well. Honest, hardworking and trustworthy is how I would describe Dennis.”